MC Construction has begun work on Manchester Airport contracts worth more than £3m, including the new private terminal PremiAir.

The company is the main contractor for PremiAir, which is due to open in the summer, and for a refurbishment project at a 42ft tower which will be the new base for airfield operations staff.

MC Construction won the contracts under a building services framework to which it was appointed last year.

The company has previously delivered a £450,000 upgrade to a 48,000 sq ft hangar used to service airfield vehicles such as passenger buses, aircraft tugs and baggage trucks. Its facilities services division has also carried out projects under the framework.

PremiAir has been designed by Jacobs and will be the first facility of its kind at a major UK airport.

It will offer guests a pay-as-you-use ‘private jet experience’ while flying in and out of Manchester on commercial airlines, with secure parking, a personal greeting, faster baggage processing, an elegant lounge with complimentary food and drink, dedicated security and passport channels and a chauffeur-driven car to take them to and from their aircraft.

As well as building the single-storey terminal, MC Construction is undertaking drainage, road and car park works at the site, which is next to the Runway Visitor Park. 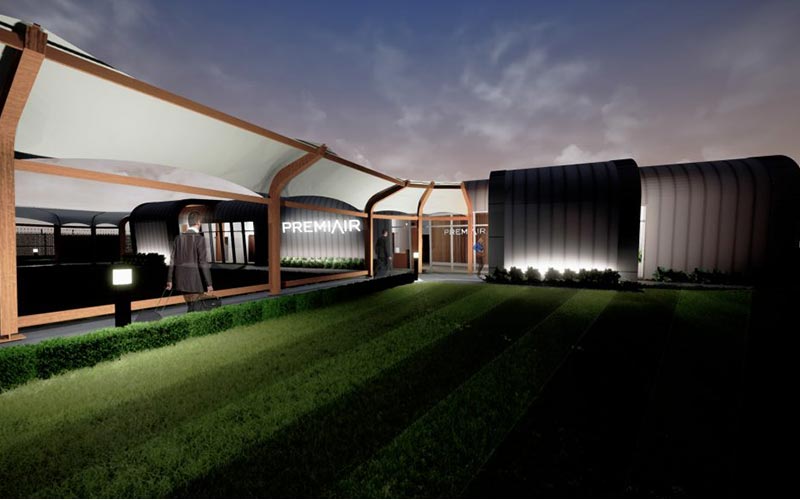 MC Construction has also begun work on an overhaul of the former IDLEx tower which is attached to Terminal One.

The tower – whose initials stand for International Departure Lounge Extension – was previously used by airfield operations staff and the airport telephone exchange, but was mothballed some years ago.

It is being brought back into use as part of the huge Manchester Airport Transformation Programme and will once again be the base for the airfield operations teams.

The scheme involves creating offices and a conference room on the top floor of the five-storey tower, with rest rooms and a kitchen on the third floor. MC Construction is also undertaking works on the ground floor to create storage and locker facilities.

Marwa Derouiche of Jacobs is the project manager. Halliday Meecham is the architect.

David Lowe, managing director of MC Construction, said: “We are thrilled to be working on these projects for our valued client Manchester Airport.

“The PremiAir terminal is a prestigious scheme which will transform the guest experience, while it is pleasing to see the IDLEx tower being brought back into active use as part of the airport’s transformation programme.”

“The IDLEx was in desperate need of refurbishment and we are all excited to see the finished result. Airfield operations are looking forward to moving into their new office space, which offers great views of the airfield.”