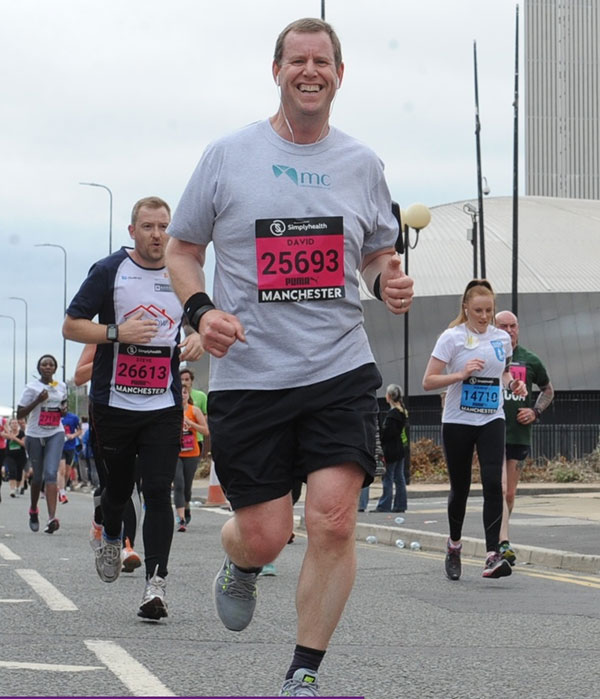 Accepting a challenge from fellow director Chris Purcell and nursing a desire to get fit and lose weight, David trained for the race with his pet Border terrier Charlie.

Nine-year-old Charlie is named after the firm’s co-founder Charlie Lowe and belongs to his son, managing director David.

His hard work paid off, as he completed the run in an impressive time of 57:05.

‘While I walk 30 miles a week with Charlie, I’d never done a competitive run, so it was certainly a challenge’

‘Charlie accompanied me on many early morning training sessions, which to be honest were more of a fast walk than a run.’

‘During those early morning sessions, I did wonder why on earth I’d agreed to take up Chris’s challenge, but Broughton House does great work so the opportunity to raise money for a wonderful cause spurred me on.’

‘I felt an immense sense of pride and was extremely emotional as I stood on the starting line with thousands of defiant runners just a few days after the Manchester Arena attack.’

‘It was a very warm day, but the crowds lining the route were fantastic in cheering everyone on, and they inspired me to sprint to the finishing line!’