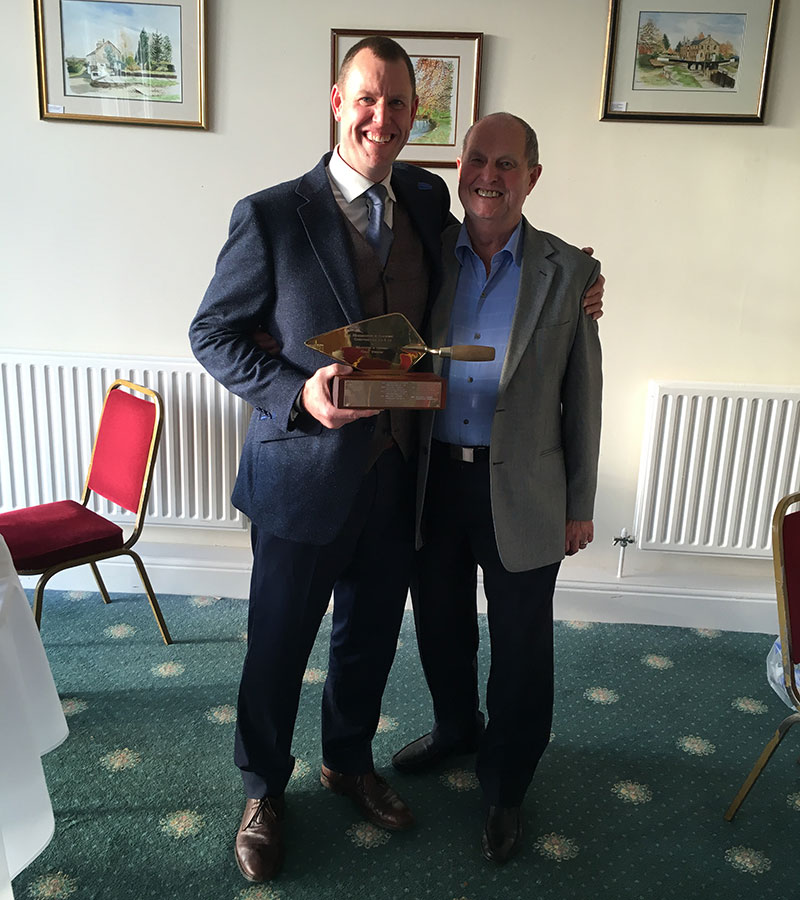 The Golden Trowel – the prize in our annual golf competition – is back on display at Manchester & Cheshire’s headquarters after a thrilling contest at Marple Golf Club.

Our team regained the trophy from civil and structural engineers Marston & Grundy in the 32nd annual match between the companies.

Thirty players battled for the coveted prize, with Manchester & Cheshire emerging victorious by a score of 5-2 under Stableford competition rules.

Both companies invited staff and clients to join them for a memorable day, which raised £800 for charity in the process.

The proceeds will go to Seashell Trust, which is based in Cheadle Hulme. The organisation provides education, sport and leisure activities and residential care for children and young people aged 2-23 who have profound physical and learning disabilities, deafness, blindness and autism.

‘It’s played in a friendly but competitive atmosphere and reflects the close ties between our companies which date back many years.’

‘We’re delighted to have regained the trophy after losing out last year.’