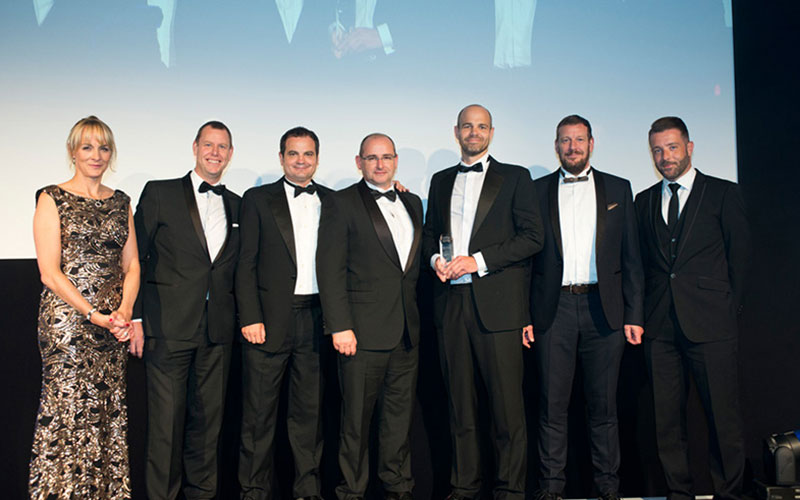 Manchester & Cheshire Construction has been crowned SME of the Year at the North West Regional Construction Awards 2016.

The accolade was presented to managing director Dave Lowe and colleagues at a ceremony at the Titanic Hotel in Liverpool.

It follows a landmark year for Manchester & Cheshire which saw the company achieve record turnover.

The firm has also expanded its workforce to a record 55 and currently has 12 apprentices on its books, the highest number at any time in its 45-year history.

Other key achievements during the past 12 months include forming a strategic alliance with Chinese developer Chongqing Jinstar Real Estate to deliver high-quality residential projects in Greater Manchester.

Manchester & Cheshire has also appointed its first non-executive chairman – business growth expert Peter Collins – and the company has made great strides to improve its management structure, reporting processes and IT infrastructure.

The SME of the Year award was open to companies with fewer than 250 staff. Judging criteria included a focus on improved performance, people development, customer satisfaction, industry best practice, performance management and commitment to sustainability and health and safety.

‘We’re delighted to win the award, which recognises the achievements of the company and our staff over the past 12 months.’

‘Our investment in a new development division is beginning to bear fruit and, in addition, the quality of our workforce has been greatly enhanced by a policy of targeted recruitment.’

‘However we are not resting on our laurels. We are on track to grow turnover to £12m this year and have ambitious plans to reach £20m by 2018.’

Around 350 people attended the awards dinner. The awards are organised by the University of Salford and Constructing Excellence North West.

Manchester & Cheshire will compete with other regional winners across England and Wales for the National Constructing Excellence Awards later this year.