Staff at Manchester & Cheshire Construction were rewarded with a trip to indoor karting venue Daytona at Trafford Park for their efforts during a memorable period for the company.

A total of 25 employees took part in a Le Mans-style endurance race, which ended in victory for construction director Eugene O’Callaghan and quantity surveyor James Ralphs.

The outing was organised to show the company’s appreciation for staff following a tremendous summer which saw Manchester & Cheshire crowned SME of the Year at the North West Regional Construction Awards.

The accolade was presented to managing director Dave Lowe at a ceremony in Liverpool.

Another notable success has been the re-appointment to the University of Manchester’s construction works framework for a further four years. The framework will run until 2020. 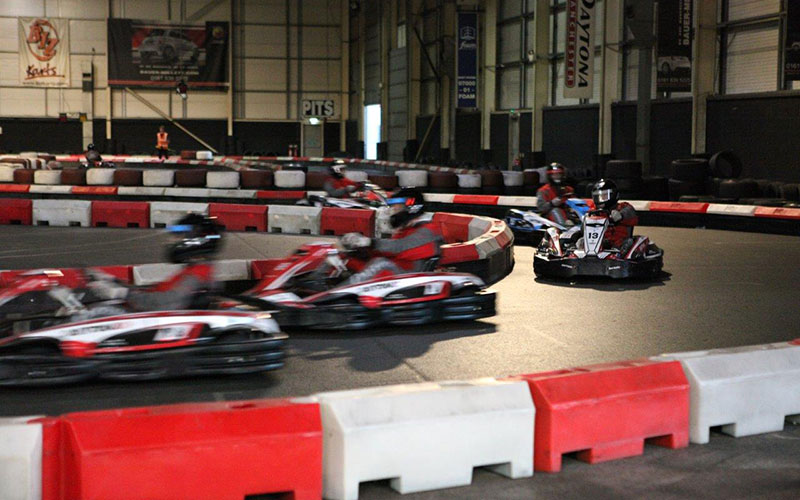 ‘We are nothing without our staff and we truly value what they do. The karting evening was a reward for all of their hard work.’

‘We pride ourselves on making Manchester & Cheshire a great place to work, with regular events and nights out and a low staff turnover rate.’

‘The average length of service is over 10 years and that speaks volumes for how people are treated in the business.’