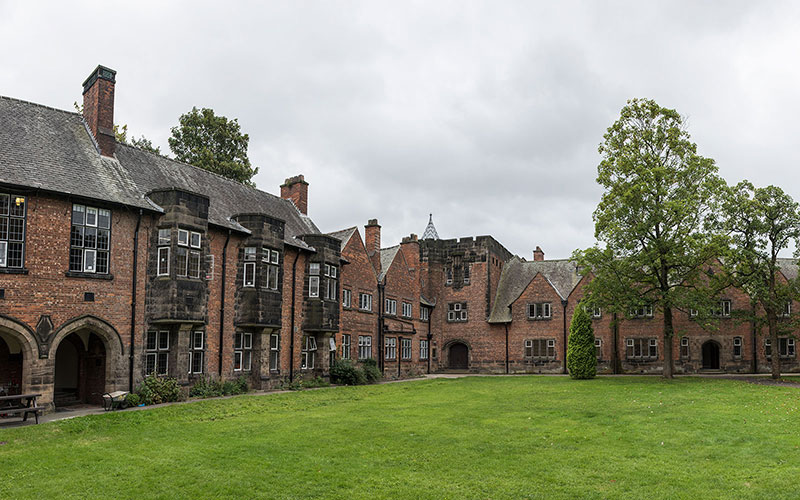 A Salford construction firm has secured contracts worth £3.2m to refurbish the students’ union building and a hall of residence at the University of Manchester.

Manchester & Cheshire Construction has been appointed to upgrade the union building on Oxford Road and Houldsworth Hall, part of the Hulme Hall complex in Victoria Park, Rusholme.

Houldsworth Hall, the oldest of seven blocks at Hulme Hall, is being revamped in a £2.3m scheme.

The overhaul of the Grade II listed residence, which was built in 1907, will be carried out in phases over the next two summers while the students are on holiday.

The scheme will also involve new wi-fi and IT infrastructure along with mechanical, electrical and plumbing works.

Meanwhile, the firm has begun a £900,000 contract at the three-storey students’ union building, which involves replacing the roof and external windows along with associated mechanical and electrical works and building repairs. The contract is scheduled to take 20 weeks to complete.

The building, which is used for events and houses an advice centre, meeting rooms and shops, will be extended and refurbished at a later date.

‘We’re delighted to secure these projects. Having worked previously with the University of Manchester, these contracts show they have the confidence in us to deliver.’

‘They build on our successful track record in the field of higher education and further strengthen our presence in this sector.’

Manchester & Cheshire was named SME of the Year at the 2016 North West Regional Construction Awards last month and will compete with other regional winners across England and Wales in the National Constructing Excellence Awards later this year.